“Scott is a very straightforward, responsive, and flexible attorney. He always answers questions you have and makes sure that you comprehend the information he gives to you. Scott has been my attorney for over a year, and he has answered every question I have had. He doesn’t try to force you to make decisions, though he will advise you which path may be best for you. I trusted Scott to settle my workers’ compensation case and he did so with a very pleasing settlement. He exceeded my expectations, plus I never had to step foot in a court room! He understands that his clientele satisfaction is a byproduct of a good attorney’s work. You won’t regret hiring Scott Teplinsky as your attorney.”

“My family and I wish to express sincere gratitude for your incredible support, integrity, and hard work. I thank you again for your referral to a wonderful doctor. I am grateful for making sure my medical services were paid for and covered. Your law firm and excellent staff were very responsive to my case/calls and kept me well-informed throughout the process. I can never thank you enough, because I cannot imagine how difficult this would have been for me without your support during the most difficult time. Many thanks for your guidance, unique professionalism, dedication, and all your services. I would not hesitate to recommend you very highly to anyone I know in need of legal help.”

“As a rule I don’t normally write reviews or endorse anyone or anything. But Teplinsky Law Group is the exception to that rule. They helped me through one of the toughest times in my life recently. I injured my back at work and my workers’ comp insurance company was taking advantage of me by delaying payments that were owed me. They were also late on making payments for my medical treatments.  From the moment I stepped into Scott Teplinsky’s office, I felt like I was valued and a real person – unlike the way the insurance company made me feel: like a nobody and a number on a claim. Scott and his staff listened to me and gave me the confidence to pursue a claim against the insurance company. He told me to never give up because I had earned a settlement. In the end I was awarded a large settlement that helped me through some tough times when I was unable to work any longer. That is why I highly recommend Teplinsky Law Group to anyone who needs someone fighting for you and your rights. Today I can say Scott is more of a friend than a lawyer to me. I appreciate all of Scott and his staff’s hard work and caring.  If you’re looking for a lawyer who won’t give up on you, talk to Scott Teplinsky.”

“When I got in a car accident a few years ago I didn’t really know what to do. It was the first time I ever had an accident, and I wasn’t sure where to turn to start paying for my medical bills. I gave Scott a call, and he did a wonderful job with everything. He was always very respectful, and I felt like he connected with me from day one. Scott patiently walked me through every step of my case and explained how everything works. He worked with me and got me fully prepared, and he assured me that I had no reason to be scared. Scott helped me with three different aspects of my case, and he was extremely successful all three times. I couldn’t recommend Scott Teplinsky more strongly.”

“First and foremost I would like to thank the Teplinsky Law Group on the wonderful job they have done. I was referred to them after I had worked with a bad Lawyer from another law firm. If I were to be honest, I was a bit hesitant after the terrible job the first lawyer did, but as soon as I met with Scott I knew he was the one. He knows what he’s talking about, he didn’t beat around the bush and was upfront with me about everything. Not only was Scott great, but so was his team; I could always count on a response to any questions or concerns I had within a 24 hour time frame. If I needed advice, they gave me advice, but never once pressured me to do anything I did not want to do. Overall, I am very satisfied with the outcome. I would definitely work with them again and would definitely recommend them to anyone else who needs a good lawyer.” 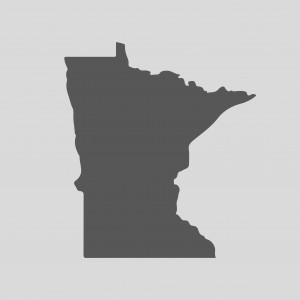